Recently a group of college students in student government at a top university engaged in a spat over a flag. In a meeting room one person put up an American flag, and another took the flag down. The students engaged in a debate about inclusiveness and symbols (the kind of critical discussion one expects at a university) and voted to remove all flags of any nation in their meeting room, including the American flag. Local media reported that the college voted to remove the American flag, and before you could say “lynch mob” digital media exploded with images of the students with targets on their faces. A hostile, outraged public called for these kids to be destroyed. The university chancellor assured the public that old glory still waved all over campus, and posted an armed guard to assure the safety of our national symbol. The FBI got involved after credible death threats were made against the campus and offending students. The administration hired extra security to protect the student body. A bone-headed vote about a flag in one small area of a large campus turned into a hysterical hate-fest. 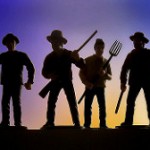 Reputations and lives get routinely destroyed at the speed of a Facebook post these days. We bond with our social media friends with shared outrage over news stories, gossip, and unsubstantiated blog posts. Ranting at our common enemies or most despised celebrities has evolved from conversations around the water-cooler, to public tweets on CNN. News outlets and bloggers, competing for our attention post headlines to stimulate fear, outrage, curiosity and confusion in the never ending quest for higher click rates. Click rates increase revenue from advertising dollars, so who cares if facts are fudged or the headline lies. In this economic battle for attention the moderate voice gets ignored.

All this public fuming damages our mental health, triggering depression and anxiety.  In response to this stress,  meditation, acupuncture, massage and other forms of relaxation therapy have become a growing topic of  research. However, even guided meditation isn’t free from the evergreen hostile rant. Today I saw a parody of a guided meditation,with soothing ocean waves and calming male voice, peppered with misogynist language and profanity.

Sometimes internet trolls take mainstream media stories, tweak them for the sheer sport of upsetting people, and poke until they get an angry reaction. Andrea Weckrle, in her book,  Civility in the Digital Age: How Companies and People Can Triumph over Haters, Trolls, Bullies and Other Jerks, warns not to feed the trolls with the attention they crave. Most get a charge out of emotional responses from their victims. It’s best to deprive them of that pleasure. There’s even a troll fighting game that demonstrates the futility of going after haters.

We can all feel tempted to jump into the angry comment streams with our own opinions. Unfortunately many of those stories are inaccurate, or planted by trolls who enjoy infuriating people. You can find yourself getting angry about some terrible thing, humiliated when you learn it wasn’t true, and humbled by your network, in the time it takes to read this blog post. With all of the bait out there for our emotional reactions, it’s getting harder not to bite from time to time.

How To Embrace Civility and Protect Your Professional Reputation

More employers consider a prospective employee’s online profile before making hiring decisions.  One of the best ways to appear more professional, friendly and intelligent is to avoid the ad hominem fallacy. It’s an online cliche to call anyone who disagrees with you a “moron.” When you comment on the substance of a story and not the person, you advance ideas, not hostility. For example in the university flag story mentioned at the beginning of this post, had the media addressed the substance of the student’s debate about inclusiveness, and symbols, we might have learned something and felt elevated by the discussion. Instead the story fed a violent, threatening mob.

Another way to increase your online civility is to check facts against a reputable fact-checking source before you comment. Here are a few useful websites to help you avoid joining the hostile mob:

If you take a second to check the facts first you can learn something and often avoid getting riled up for nothing.

Don’t Be Afraid To Take a Moderate Position

Those with higher intelligence tend to take more moderate positions in discussions. That is because critical thinking, an important measure of intelligence,  requires the ability to examine ideas that are different from the ones we hold dear. When we look at an issue, such as income inequality, from only one position, we limit what we see and understand. That is why the mission of most colleges is to improve critical thinking.  We want the next generation of leaders to think through the complex problems we face and make better decisions. When you’re responding to something on digital media, ask yourself, “what if this story is wrong?” When commenting, take a more moderate tone. You will immediately uplift the discussion.

Take a Stand For Civility

Tyler Clementi, an freshman at Rutgers University, took his own life after his roommate filmed him kissing a boy and live streamed it. On one of Tyler’s last posts he referred to all of the hostile comments on his roommate’s Facebook page. Had Tyler read something in support of his right to privacy, something critical about the bullying behavior, he might have felt more hopeful about life. Instead he saw a lynch mob condemning him for being a homosexual. Take a stand against hostile language, personal attacks, and humiliating humor. If you feel that someone is being attacked unfairly, say so. That can encourage others to stop the online harassment. It might also save a life.