The Power of Play, Part 3: An Interview with Dr. Terry Marks-Tarlow

It is with great pleasure that I introduce part three of my interview with Dr. Terry Marks-Tarlow, clinical psychologist and author of several books including Clinical Intuition in Psychotherapy: The Neurobiology of Embodied Response. In part 1 we discussed the importance of play to ensure a healthy brain throughout our lifespan. Part 2 reveals how energy, creativity and wit relate to one another, and help support a healthy brain. In our final interview, Dr. Marks-Tarlow shares the importance of humor and imagination. I hope you feel as motivated to play as I did after learning how she plays. It’s pretty cool stuff. 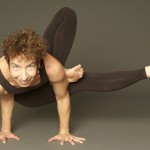 G. S. You write that humor is registered in the same part of the brain as fear (the amygdala). The amygdala also plays an important role in the formation of problem anger. Do you think that engaging higher order cortical will and intention to the creation of humor can help those with anger and anxiety.

T. M. Humor forms a double-edged sword for people with anger issues. On the one hand, it can be a useful tool for self-reflection if it serves to bring problems to the surface and to soften self-seriousness or intensity. But, whether consciously or unconsciously, when humor is used as a weapon to express anger or with the covert intention of shaming or humiliating others, it can be extremely destructive. We see this all the time with bullying.

G. S. A common anger management technique requires using the imagination to move away from images and thoughts that foster anger like, “I’m sick of this,” toward more expansive thoughts that can inspire, like “I can do something to make myself feel better.” What role can the imagination play in helping those with anger, anxiety and stress to find some relief?

T. M. I believe that the imagination has been understated in its role during emotional healing. The power of early play in later adult life converges on the power of the imagination. Sometimes, this takes the very simple form of being able to imagine a future that is significantly different from a traumatized present or past. Depressed people can’t do this at all. Other times, imagination becomes a vehicle for personal healing, as is the case with guided imagery. In my workbook, Awakening Clinical Intuition, I offer scores of imagination scenarios to help people cut under the limitations of everyday life and even reality. When this is done, the imagination becomes an important tool toward reclaiming our full potential.

I am not a big fan of new age thought in its simplistic form. That is, I don’t believe that simply by imagining something, we can control reality and materialize it. At the same time, I do believe that one’s imagination is the best tool to open up internal space for new things to arise from the inside as well as to enter our lives from the outside. Without the capacity to envision change, change is unlikely to happen, at least in the healthiest most organic way–from the inside out.

G. S. The trend toward “gamification” or making education or productive activity into a game to increase motivation, seems to be growing with the proliferation of gaming apps for smart phones and tablets. Video gaming poses problems for some who find the games addicting in ways that interfere with work and relationships. Almost in response, the popularity of adult coloring books has skyrocketed. In what ways do you think these forms of human play may pose a mental health concern? In what ways do you think these games might be helpful to our mental health?

T. M. Part of the reason the United States is falling behind much of the world in the sphere of education is that there has been a systematic trend to take play, often in the form of the arts and/or physical education, out of early education. It is counterproductive to force academics at a time when children should be concentrating on right-brain skills, such as emotional and social intelligence, the arts, and using their bodies for internal grounding. Play should be restored to preschool and elementary levels. The contrast between more play for grown-ups and less for children is disturbing.

Video games as a form of play is a mixed bag. Taken in small doses and in ways that involve an international community, it can be a great and even expansive way to spend some time. My son, now 20 years old, learned a lot of history playing strategic war games. But of course, too much time with video games can be socially isolating and even worse, addicting. Whether it’s surfing the internet, playing videogames, or utilizing internet pornography, any activity that reaches the level of addiction is problematic, no matter what the content.

As for adult coloring books, I have mixed feelings. On the one hand, coloring can be extremely meditative, especially when it’s done to music. When I draw, I often find my hand strokes coordinated with the beat of the music I’m listening to. Many of these coloring books have quite elaborate images, which allows adults to be creative in their choice of colors. That said, if I could wave my magic wand, I’d have these adults making their own pictures freehand instead.

G. S. What types of play and fun do you participate in? How do you think play influences your career and your life?

T. M. Last Halloween, and my husband and I threw our huge annual party (the only one we host, other than Thanksgiving). I went as a Trickster (I’ll attach a photograph of my costume), because I strive to play all the time. I don’t think of work as the opposite of play. In my work as a clinical psychologist in private practice, I “play” with patients every day. That is, I invite them into novel, luminous spaces of creative possibilities. The same is true when I conduct trainings to stimulate clinical intuition. 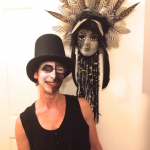 I also spend a huge amount of time playing in other ways. I have a live model come to my house monthly for drawing sessions. I have illustrated my last 3 books. I dance ballet and jazz 4 or 5 days a week and do yoga more occasionally to cross train. I have been a yogini for 40 years, teaching at some points and always looking at the crossover between yoga and clinical practice. I became an empty nester a few months ago, and dropped my younger daughter off to college in Ithaca, New York,. The first thing I did was to drive to Lake Placid, where I hired a guide and went rock climbing for the 2nd time in 20 years. I had stopped regular climbing when I got pregnant. Looking back, I realize now I was responding to my own empty nest by reclaiming my pre-children self-at-play in this way. In general, the more I play and have fun, the more open and fluid I feel about everything, including responding to interviews such as this one!

G. S. Thank you Dr. Marks-Tarlow for this inspiring discussion! I look forward to reading more of your amazing work. I also discovered that I need to play more. Thank you for that!

Dr. Marks-Tarlow is available for training and public speaking engagements on a wide variety of topics including:

Reduce stress and anger quickly and easily with our Manage Anger Daily meditation, available at Amazon on CD or Mp3 download. For more information about how we can help you reduce conflict and increase joy contact us.